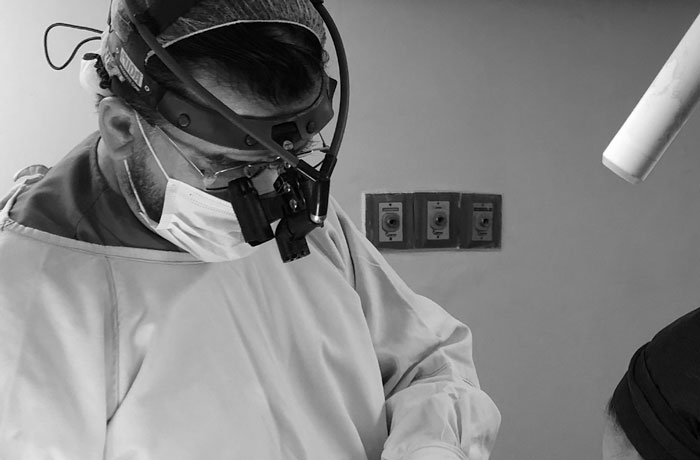 Dr. Eugenio Pacelli Chapa Valdés began his medical training in 1976 at the Faculty of Medicine of the University of Nuevo León in Monterrey, Mexico, where he received his Medical Surgeon and Midwifery degree in 1982 (ID # 1061898). During his time as a student he was elected as “President of the Student Board of Directors” for 2 consecutive years for the first time in the University’s history (1981-83). Later he completed his specialty in Plastic and Reconstructive Surgery at the University Hospital of the Autonomous University of Nuevo León where he was recognized as "Best Plastic Surgery Student" by the Department of Postgraduate Studies in 1990, elected "President of the Board of Directors of Interns and Residents of the University Hospital” and was also named “Chief of Residents in the Plastic Surgery Service” under the renowned Dr. Oscar Ullóa Gregory, obtaining his Post-Graduate University title in 1991 (Certification AE-002852).

During his training in Plastic Surgery in Monterrey, Dr. Pacelli Chapa developed a great interest in Reconstructive and Aesthetic Surgery. Demonstrating exceptional talent, he was selected to complete a highly specialized fellowship in Aesthetic and Cosmetic Surgery at the East Virginia School of Medicine in Norfolk, under Dr. John B. McCraw from 1991 to 1992. During this year of training, all his experience consisted of areas of complex breast and chest wall reconstruction, myocutaneous flaps, and various clinical studies and research work for Microsurgery. Extending his learning on the East Coast of the United States, he also attended John Hopkins Hospital with Dr. Oscar Ramírez in Baltimore and New York University Hospital with Dr. Joseph Mc Carthy.

After completing his studies, Dr. Pacelli Chapa returned to Monterrey, Mexico in 1993 as an Academic Professor, teaching Plastic and Reconstructive Surgery at the University Hospital of the University of Nuevo León, where he successfully achieved the first free flap transplant and also the first breast reconstruction by microsurgery in the State of Nuevo León. During this time he also became “Medical Director of the San Vicente de Monterrey Hospital”, “President of the Northeast College of Plastic Surgeons” and “Northeast Regional Vice President at AMPCER”.

Having operated for 30 years in private practice, Dr. Pacelli Chapa has managed to become a driving force in the development and advancement of Facial and Body Plastic Surgery, making him one of the most recognized facial plastic surgeons in the country. Training in the best hospitals in Mexico and the United States gave him the exposure and mentoring of some of the best Plastic Surgeons in the world and he became a certified and invited member in various medical associations.

With several award-winning research projects, scientific articles, articles, and book chapters, Dr. Pacelli Chapa continues to innovate and advance in the field of Plastic Surgery and has helped create a client list that includes executives, dignitaries, celebrities, and even other doctors from around the world.

Recognized for his compassionate, friendly, and safe manner, everyone is comfortable talking to Dr. Pacelli Chapa and his sincere desire to help him look and feel better, treating each patient not only as a friend but as a family member.